This is my final post from the Canaries, since we are getting the plane home in a couple of hours. For now, I will briefly tell you about our experience of the world cup final.

Anyway, on Sunday we were invited by some friends to go to a locals’ Canarian bar to watch the match. We arrived, and were immediately decorated with red and yellow facepaint, and greeted with cheers of “Viva España!” One chap had an old car horn that made a vuvuzela sound like a penny whistle – it was loud, irritating and wonderful. 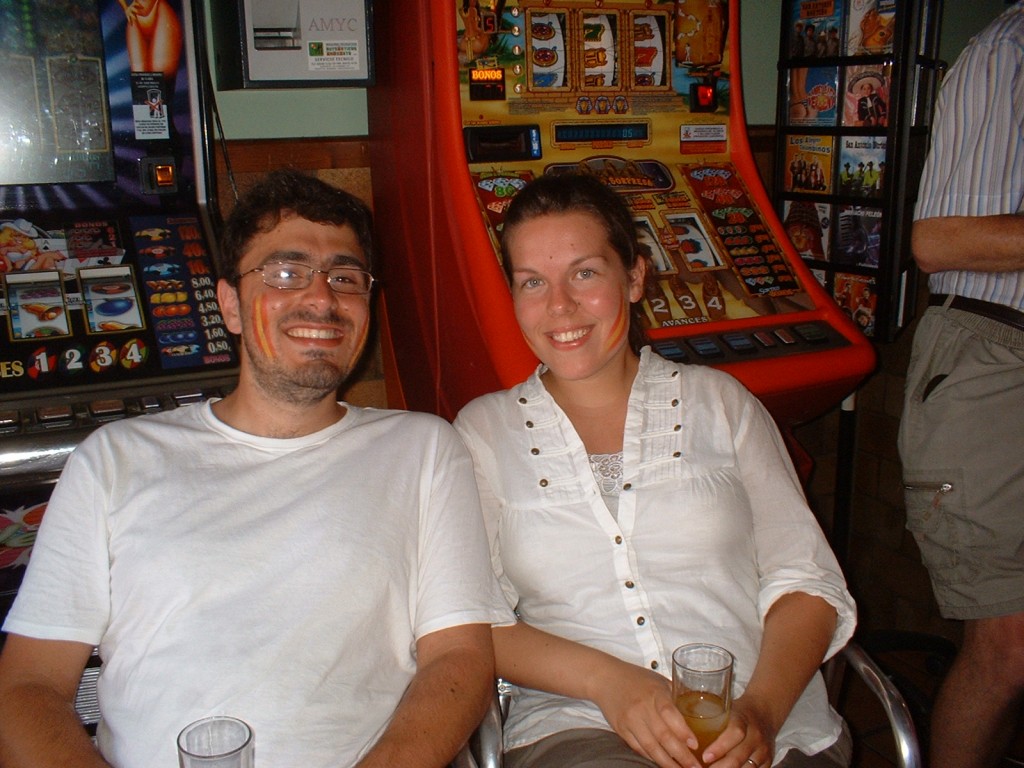 Before the match began we were treated to Spanish warmup coverage. This was quite a contrast to the staid, balanced coverage we get in the UK, with discussion of tactics, previous performance, the plus sides and weaknesses of both teams and predictions. Instead of that, they had half an hour of shots of Spaniards scoring amazing goals, footage of crowds in Madrid, and atmospheric interviews with backlit players explaining just why Spain are going to win. And didn’t mention the Netherlands once.

Then we watched the game. It was pretty poor, I imagine most of you watched it too, but the crowd in the pub added a level of excitement, noise and expectation.At the end, when Spain scored with 5 minutes to go, the footage immediately started showing the crowds in Madrid again, and the wild celebrations. This was despite the fact that the match hadn’t actually ended yet, and Netherlands even managed to get the ball into Spain’s box a couple of times.

All in all, whilst the standard of play was so bad that I think neither team deserve to be called Champions, it was also fun afterwards driving back round the island hooting the car horn, cheering and feeling like we belonged.

That’s all folks, see you back in England! (I would love to tell you all about my coffee conversion, as promised, but I’m in the cheap internet cafe in town, and uploading photos is just not going to happen. Tomorrow, I promise!) 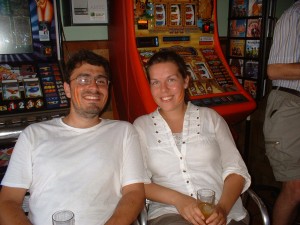