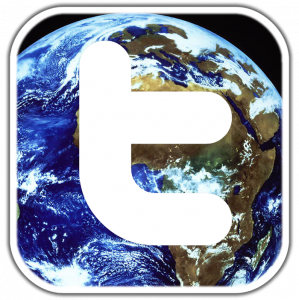 For the last year or so, I have been a member of Twitter, becoming more and more active as time goes on.

Now, I’m not going to get into the argument of whether Twitter is interesting and useful, or dull and a waste of time. Maybe one day I will, but mostly I’m enjoying using it, and that’s enough for now.

I’ve been planning a little project, over the last few months, and I think I have decided to go for it. Put simply, I want to follow the whole world on Twitter.

Obviously, that statement is a little misleading; my Mum isn’t on twitter. Nor is yours (probably). To actually follow the whole world, I would need to devote my life to creating twitter accounts for people. What I actually mean is that I want to follow one person from every single country.

Why is that hard? Well, whilst it’s not going to be that hard finding someone from America, or Wales, I suspect finding activer tweeters in the Federation of Saint Kitts and Nevis is going to be a wee bit more challenging.

Feel free to stay with me for the journey. The first countries I’m looking at are Afghanistan, Albania, Algeria, Andorra, Angola and Antigua and Barbuda, so if you have any suggestions, feel free to make them by leaving a comment below!

2 thoughts on “All around the Tworld”