I had a massive lie in today, and then discovered that the traffic at 8:15 around London is rather horrendous. Happily, arrived only 5 minutes late, in time for… 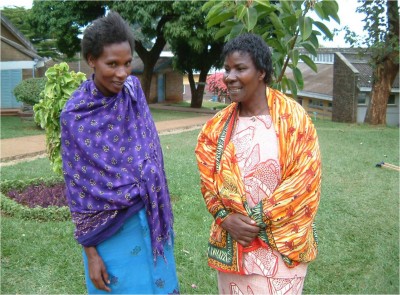 Mary Hopper talked to us again, this time looking at the impact of not understanding culture on care…

There has been lots of awareness throughout the course about the impact of culture. Most of the speakers through the last two weeks have mentioned the shocks and surprises of moving between the developed and developing world.

We all contributed things we’ve experienced in different cultures we were not expecting:

To many people, not complying with their culture is not an option.

I’ve had people who have come to me, and decided they want to accept Jesus. They’ve become Christians, and then said to me “Now I can’t go home”. Breaking cultural norms can lead to beatings, ostracising, deaths…

“It was not the women’s ignorance but their intelligence that led to their refusal to adapt or abandon certain habits. They sought to understand the reason for such changes in terms that made sense to them. Not all those put forward by the health care worker did.”
Currer 1986

Ask yourself the question: Who are you? Where do you get your identity, beliefs, values, skills from? Ethnocentricity is the feeling of “I’m right, you’re wrong”. The feeling that your idea of culture is correct and needs to be taught to others.

We need to challenge ourselves; sometimes the correct thing to do is the culture that has been there for years, not our shiny Western ideas.

Sociocentricity and Egocentricity is the contrast of being society centred or self centred. The former is often modelled in developing world cultures, with tribes and villages central, rather than the Western individualism. It can be argued that the Socio model is more modelled in Biblical theology and morality: the concern is that there also a huge potential for individuals to be disadvantaged within it.

If used well, Sociocentricity, can be empowering for individuals and communities: its another situation where cultural sensitivity can help us to improve current systems, rather than trying to implant our own.

“We had condom education in our village, and the men came, and demonstrated placing a condom onto a stick. Rather than seeing the example in the spirit it was intended, many people in the village started placing condoms onto sticks.”

Wherever we go, we need to consider: how culturally sensitive are we being, and how can we help by providing culturally appropriate care.

The rest of the day involved workshops of Contraception, Gynaecology case studies  & Gynaecology Emergencies. It was great, and very interactive, but sadly not terribly conducive to note taking.

They also told us about Swinfen Charitable Trust, who provide an international medical advice service for professionals – very useful in the field!