There is a female bay on one of the surgical wards in our hospital. 6 beds, 6 women. Usually this is fine, people get on well, they chat, they eat, they sleep, they get better and, eventually, they go home. Sometimes, however, there can be problems. 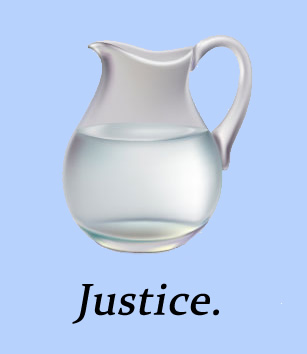 2 nights ago, one of the patients, Doris, an elderly lady with dementia, spent the night shrieking, and making a fuss. This has an impact on everyone in the bay; no one had much sleep that night.

In the bed opposite was Jean, a retired lady with all her wits about her. Sadly, she had hardly had any sleep, and spent the whole day miserable and exhausted. When we saw her on the ward round, she was very unhappy. We apologised and everyone hoped for a better night following.

The next day, we went to see Jean. She looked much brighter, and said that the night had been much better – Doris had been noisy at first, then relatively quiet. All seemed normal, until one of the nurses had a word with me…

“Last night,” she said, “We noticed the curtains around Doris’ bed were shut. We thought that was a bit odd, as none of us had done it. So we went to see why.”

“Why? What happened,” I said, with mild trepidatation, hoping that Doris hadn’t passed away in the night without any of us noticing on the ward round.

“About 10pm, Jean got up, walked across the bay, closed the curtains, and thrown a full jug of cold water over Doris!”

I walked back over to Jean’s bed. “Jean, err… was there an *ahem* incident, with a jug of water last night?” It was quite funny to see Jean’s reaction – she went bright red, like a guilty schoolgirl caught flicking elastic bands in class.

“I don’t know what came over me!”, she exclaimed. “I just couldn’t stand it anymore, it was so unfair, and I was so angry, and… I just had to do it!”

It was hard to maintain a stern manner, especially since all three doctors (myself included) started gaffawing. The shame of having to own up seemed to do the trick anyway, as she cringed and said “I was really hoping no one would ask me about it!”

With a promise from her that she wouldn’t do it again, we left her to the rest of her day. As Aristotle said, “The virtue of justice consists in moderation, as regulated by wisdom“. Fairly sure, in the circumstances, a single jug is still classed as moderation.

NB. I am thoroughly committed to being a great doctor, which includes respecting patient confidentiality. All information about patients on my website is anonymised, and often altered drastically so that whilst it still makes a good anecdote, it is unrelated in sex, time, location, age and/or ailment from the original facts. 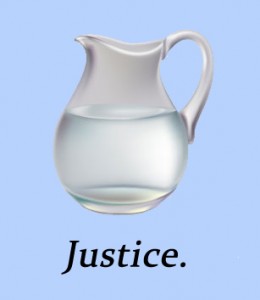 One thought on “Watery justice.”