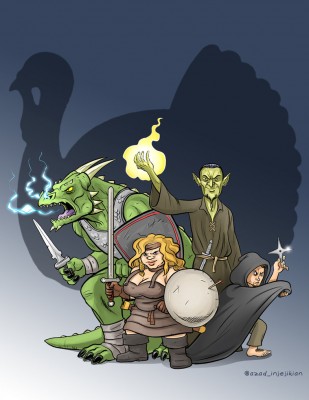 Since Autumn, I have listened to 67 episodes of the Drunks and Dragons podcast. I’ve never really had any experience with Dungeons and Dragons, and found myself listening to this rather silly and pretty enjoyable podcast on the topic.

Given that I’ve now racked up around 94 hours of listening – nearly 4 full days of my life – I’ve become pretty attached to the characters, and their stories. There are currently about 150 episodes recorded, so I’m nearly halfway through. I thought it would be fun to make a few guesses about what happens in the next 70 chapters…

Firstly, Fennekin is going to be a bad guy. Think about it: House Vidalis fell due to one person playing with the Braisier of Worlds, and they are about to hand over that, AND TWO MORE super powered magical objects, to Fennekin. The players haven’t really thought about that, and I predict its not going to go well for them.

Secondly, their boat… I’m not sure if they need to make any more long boat journeys, I wonder if they will lose the boat, sink it, or generally have it disappear from the story in a slightly unimpressive way.

Thirdly, money. Jennifer is apparently keeping track of all the money, first mentioned around episode 40ish I think. Despite this, I don’t think she has mentioned money even once on the podcast since then, and I suspect that there will be at least one occasion where money is discussed, no one will have any idea and the Math Song will need to be played for a short period. 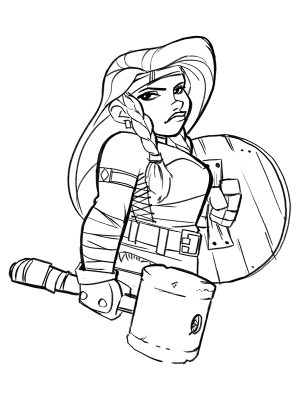 Aludra will die. Not full on die and leave the show, but I don’t think she’s been unconscious, or reached quasi death in a battle yet; so I predict she has it coming.

I also think that she will have a romantic liaison. Thom has had, well, loads of those, both consensual and borderline so – as well as likely with inanimate objects – but self titled “busty wench lady” Aludra hasn’t moved into the battlefield of love. I’m not sure about it, but I’d like to believe that her character will be fleshed out a little bit more in that way.

I also think that Jennifer Cheek will continue to roll worse and worse, until they have to stop letting her take place in any kind of battle scene at all. Put it this way: the odds of rolling two critical fails in a row are 400:1, but for her, I’d give it about 5:1. 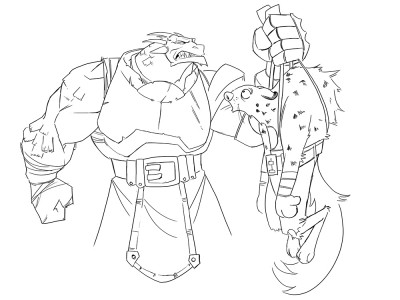 I think Thom will get a ranged weapon. The group don’t have any traditional ranged weapons. Yeah, they have spells and things, but I’d love a bow and arrow. I think it would be a nice feature to add in, and I recall Mike actually mentioned the possibility around episode 50, so yeh, let’s see if that develops.

He will build his weird creation at some point, out of all the rotten body parts. I think it’ll be a really disappointing NPC, almost embarrassingly ignorable. I don’t think it will be the subject of Aludra’s romantic liaison, but I cannot be sure that Thom won’t try his luck with it.

I also predict that Thom will have an argument with Blood Drinker at some point – not a big one, but one that is RPd out, and will likely end up with Thom killing something he didn’t really want to kill. Not that Thom will spend long grieving about that… 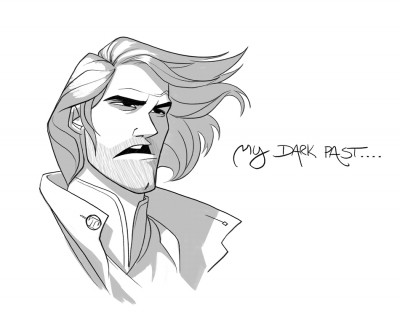 We will discover the truth behind Harper’s dark past – but it will turn out not to be as dark as it should be.

Consider Harper’s predecessor Tum, who died in episode 30. He has his entire village and family killed in front of him by winged beasts, leading to an orphaned childhood, destitute in the city, and eventually forced by circumstance to join the crazy Thumble clan and spend every week in an arena murdering his brothers and sisters. Harper’s back story would have to be pretty awful to match up to that, and I don’t think it will.

However, once his dark past is revealed, I predict Harper will chill out a bit. To be honest, I miss Tum, because he was a bit more chilled and easygoing – like Tim Lanning – and I feel at the moment the PCs can’t really just relax and have fun in a pub. I look forwards to a more fun Harper. 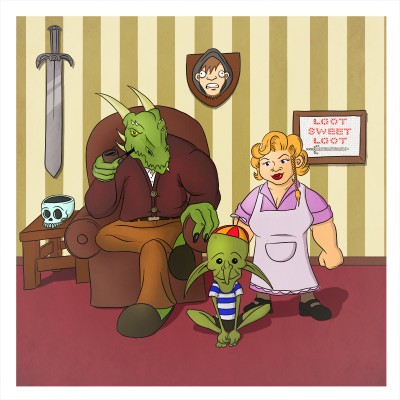 Bucky is the ridiculous adopted Githyanki son of Thom and Aludra, and is an NPC.

Despite Thriftynerd pronouncing Bucky to be a “level 0”, I think Bucky will be involved in an attack in future. It’s clear, from the intense amount of training he is receiving from his father, Thom, that he will gain some skills. My prediction is that he will kill something – if only a minion – with his battle crazed great sword.

Obviously Daisy is magic. I suspect she is probably the chief bad guy for the entire overarching storyline. She’ll destroy them all.

Thanks for reading. Feel free to make a comment about how wrong you think or know I am. I’m not going to read the comments until I get to episode 150, so feel free to drop spoilers! 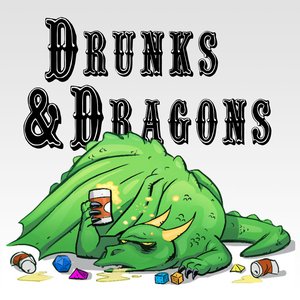 2 thoughts on “Drunks and Dragons: A prediction”