I set myself some ambitious challenges at the beginning of 2019. Writing, music, fitness, that sort of thing…

I’ll admit, one downside to the targets I put down is the potential that I might feel constant pressure. A weight sitting on me. A constant nagging.

But, and its a big but… I already have that.

On the right is a screenshot of my Google Tasks todo list. Note that there are loads and loads of things on that list… And then look on the left sidebar, and see there’s 9 other todo lists… The system I use in order to get things done gets every idea written in. Which means that I’m never actually, you know, done.

My new year resolutions, however? Its a list of some things I’d like to do. All of them are amounts: nothing is ever “done”, they are just options.

Be nice to do some Pilates this week, but none? Well, sometimes that happens!

So, I’ve found it a reassuring pressure. Like a friendly hand on your shoulder. I need some pressure, or I’ll own a piano for a decade and never learn to play it (true story). But its a friendly hand, and I can say “Sorry dude, not today”, and the hand leaves me alone. I’m good with that.

Its giving me a nice rhythm too: a steady challenge of 200 words a day, 14km a day on the bike, oh look, there’s a harmonica that needs playing. 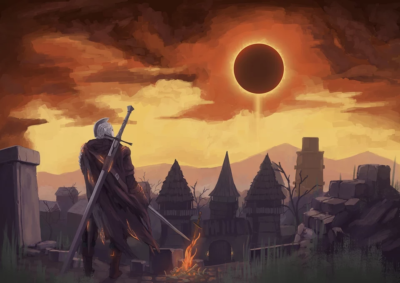 So how has the first quarter of a year been? I’m not going to go into every detail, but just give a few highlights. Plus a graph, cos everyone loves graphs!

My book is coming on great, already about 7 more chapters written! My plan is to actually get my website together enough to support a potential Kickstarter. Have to see how that turns out, obviously, but I’ve found an artist to work on a cover for me. Check out some of his art on the right, or visit his portfolio!

In terms of word count on my book, as of today, I’m at 64,000 words. That’s just short of 30K more than on January 1st! See my progress on the exciting (read, “not very exciting”) graph on the right.

I estimate the final word count will need to be around 120,000 words, so at the current rate, I’ll be there in approximately September! Although there is a vast amount of editing that will need to happen at some point.

Music-wise, I’ve been really surprised too, just by how much I’m enjoying piano practice. Just going over and over on the parts from lesson 4 and 5 of PlayBluesPiano has been cathartic, and I’m hearing real improvements. I also know how to nail a diminished 7th now!

After many years of owning harmonicas, it took literally half an hour of practice to learn how to lip purse/tongue block and play single notes. There’s a quaint pleasure in becoming comfortable with a weird little niche instrument! I hope to nail octaves and a few arpeggiated scales over the next few months.

My favourite achievements include Joen getting more confident at cycling, our other son beginning to use his balance bike, and my daughter playing chords on her Loog!

Bible time is going pretty well too, a little up and down, but most mornings I’m getting up early, grabbing a coffee and spending a few minutes of peace before another crazy day begins.

Finally, cycling is cool. I’m definitely missing running a little, but a few decent distances on the bike feel like a real achievement. Its been a good opportunity for bonding with my son on the kiddie seat, and my friend Rob, at least when he’s not far, far behind. (joke).

So all-in-all, pretty happy, although its notable that writing is the only area where I’m actually on target, everything else I’m way, way behind. But happily, there’s no real pressure! C’est la vie. 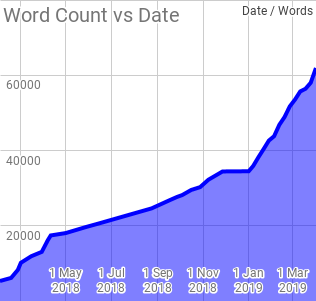