I am now halfway through 2019! Well, actually a bit more than that, but I was slow getting round to penning this post. Today I finally sat down – with a vegan cappuccino in Powered By Plants – and got some thoughts out. 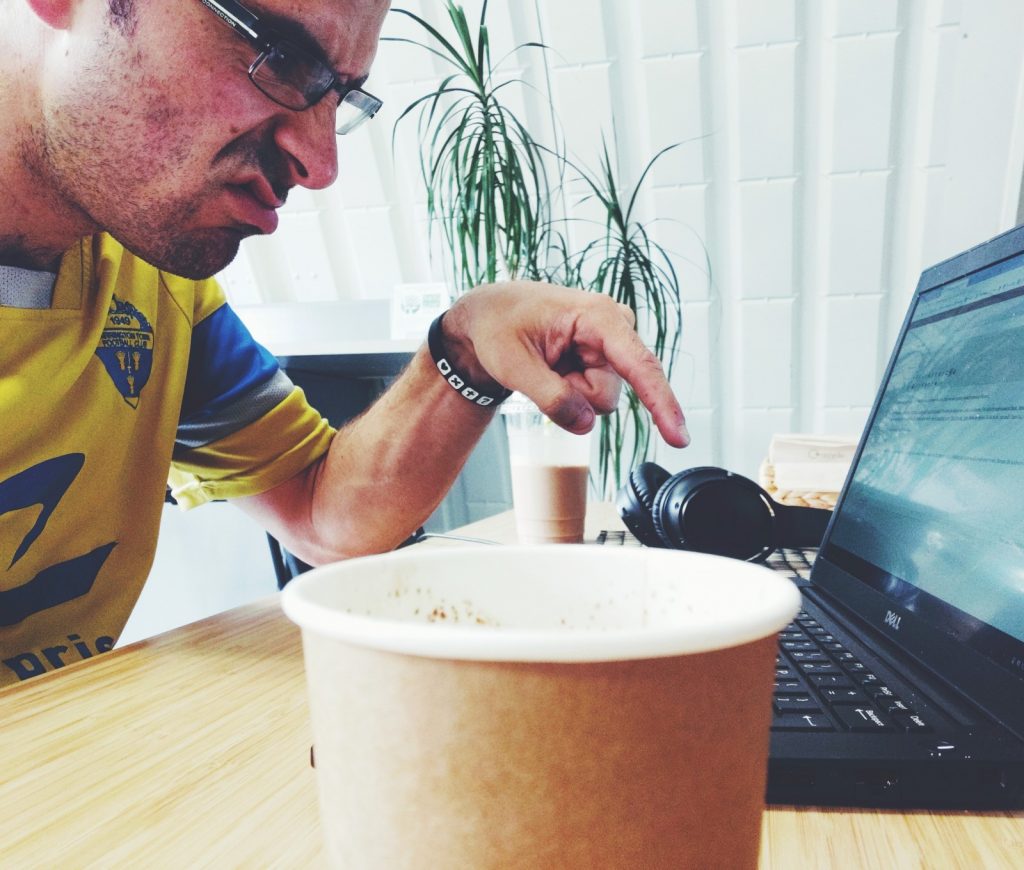 At the beginning of the year, I set myself some overly ambitious goals. Of course, its August now, and so, of course, *spoilers* I’ve failed to meet some of them. Maybe even most of them.

However, I’m choosing to feel pretty positive about the process as a whole – as I wrote in my “One Quarter” post, these are things I’d like to do, not stuff I have to…

Let’s take a look at how I’ve been doing… 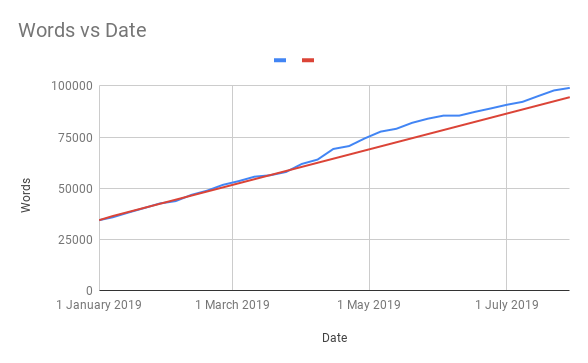 My book, Headlock, is going swimmingly – I’m at 99,000 words! I’ve got into a real rhythm of writing, clocking out 2000 words nearly every week. Because life is always better with graphs, here’s a growth of my word count progress.

Possibly more importantly, I’ve got some people reading it too. Some of those people quite like it! I’m in the middle of setting up a proper facebook page for my author identity (Go on, visit it and “like” me…), and there will need to be some kind of inevitable revitalisation of this site (so that the older posts function and search actually works…). Plus we have a front cover, and some useful contacts developing on the Welsh front.

In fact, writing has been so successful that its sort of pushed everything else to the side a bit. I’ve only got some much time, between work, looking after kids, church, community work, maintaining a relationship with the lovely Katherine, playing board games and casino games at casinoaustralia.org, running, cycling…

Life is more than just achieving goals. You have to live a bit in the gaps too.

So I’m busy, shocker. Fitting 2-3 hours a week of writing into a busy life means there isn’t as much spare time to write blog posts. Or file tax returns. Or play board games and cook pizza!

So I’m taking the month off. No writing in August! I’m actually a bit ahead of my target (the red line on the graph above), so I may catch up, but if not, oh well. Life is more than just achieving goals. You have to live a bit in the gaps too. 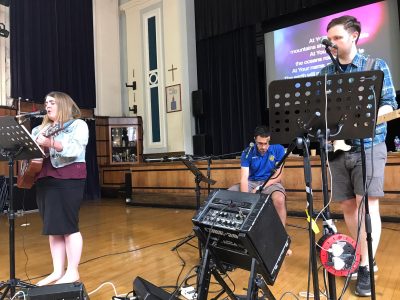 Commitment 2 for 2019 was 30 minutes of harmonica and 30 minutes of piano each week. I’ve given up on this one, slightly sadly. Haven’t really played the piano since March, and I’ve even considered selling the chromatic harmonica. Just not enough time in the day, and I’ve realised I’d rather improve on guitar than nail a slightly weird outlying instrument.

However, on Sunday, we had a massively stripped down worship team, because everyone was away. Which meant that me, Sophie and Louis were able to mess around a bit. There were instrument swaps between songs. We played some acoustic, some electric guitar, a bit of cahon (the weird sound box I’m sat on in the picture). And, in one of the songs, I cracked out the harmonica.

Now, it was just a C major diatonic, but it still involved working out how to play F, A major and D minor chords, some of which aren’t really present on that harmonica. Involved some memory, co-ordination, isolating a couple of specific holes, even – dare I say it – a little skill. And it went pretty well too! 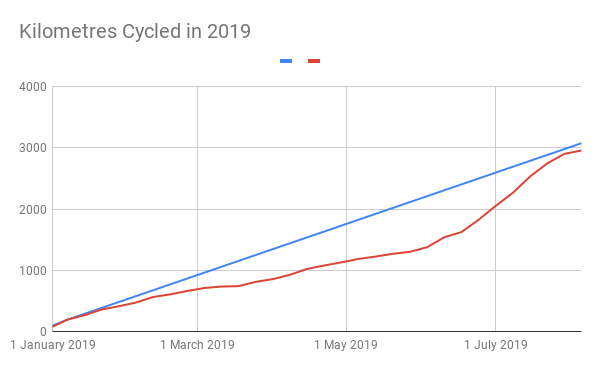 This has been the big change in the second quarter of 2019. Well, technically the Eureka moment was exactly at the 6 month mark. I got to June 30th, and looked at my current distance cycled: 1700km. My aim? 5000km for the year. Meaning that instead of halfway there…? I was barely at a third.

So I kicked into a higher gear. Once again, graphs make everything better – I think you can see that I’m definitely back on track! This week I’m already on target to ride nearly double my minimum weekly distance, and I’m hoping to get the whole 5000km thing wrapped up in early October.

Which is good. Because I have a marathon place for London 2020. And I need to start training. And I need to fit in 6 weeks downtime for a hernia operation somewhere too.

Cycling with my older kids has been a massive success too. My initial aim was 30 minutes with them a week, but then something wonderful happened: Neriah learnt to cycle independently, and both gained a love for bikes. They go out round the park regularly alone now, and we all cycled 18km to Wigan at the weekend! Just need to get Isaac on his bike now…

There’s no doubt to me that starting the day in reflection, quiet and prayer is good for me

Its been a steady slog through the Old Testament, but I’ve found a real peace, especially in working through the Psalms. There’s no doubt to me that starting the day in reflection, quiet and prayer is good for me. As a “doer”, its definitely healthier than just jumping out of bed and tearing into the day.

The next thing I need to do, aside from keep-on-carrying-on, is to start reading through my “to read” list. I have some amazing books about racism, community and faith to work through, including some corkers by Greg Jarrell, John M Perkins and Shane Claiborne. I’ve included a photo of the pile next to my bed in an attempt to shame myself into action.

Thanks for reading this little update. You can catch the start of the year here, and three months in here. How about you? What goals are you nailing in 2019… 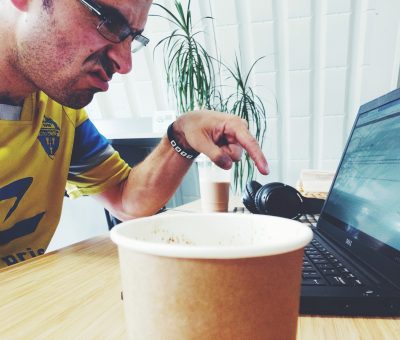