My tires were slashed and I almost crashed but the Lord had mercy.
My machine she’s a dud, I’m stuck in the mud, somewhere in the swamps of Jersey.
“Rosalita”, Bruce Springsteen 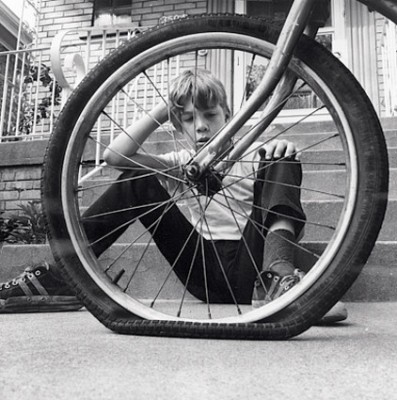 So, last week I was cycling to work. It’s a 15 mile trek with some pretty chunky hills, but not too bad in general. However, as I was rolling down the off-ramp off the A61, just a mile from work, I went over a pebble.

I saw it ahead of the front wheel, maybe 30 centimetres away, too near to avoid. I saw it coming, and had time to think just one thing: I hate that pebble.

Moments later, there was the double bump, as both wheels went over it. Then seconds passed. Maybe 3. Just enough to give me the tiniest of hope… and then the vibration started, handlebars shaking whilst I pulled over to the side of the road. I stopped, just as both wheels went flat, as skinny wheels became useless rims with rubber hanging off them.

As I walked a mile to work, I decided my next blog posts are going to be about what I hate about cycling. So, in reverse order, over the next few posts, I am going to cover my five least loved aspects of bicycling:

The top five things I hate about cycling:

One thought on “Five things I hate about cycling”