As someone who works, at least part time, as a design professional, I come into Mac fans on an almost daily basis. Sadly, whilst Apple products are generally rather good, they are intrinsically spoiled by their legion of unquestioning followers. You’ve probably met them. A conversation with a member of the Apple harem will go roughly like this: 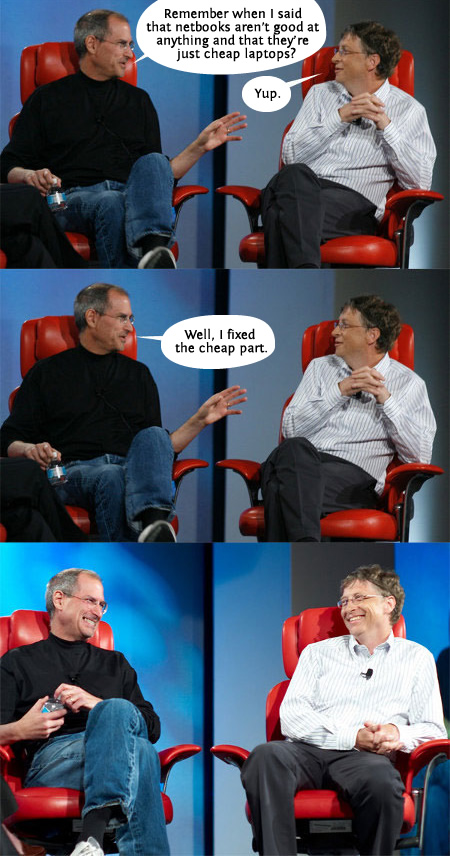 Me, working on my laptop.
Mac fan: Why are you using a PC? You need to use a mac. SOOO much faster.
Me: Really? Isn’t that a Macbook Air – aren’t they pretty underpowered…
Mac fan: Nope, fast as lightning. Mac OSX literally makes the electrons in processors and RAM function at a higher velocity.
Me: Ok.
Mac fan: Seriously, why are you still using that steaming pile of failure? I’ve had Macs ten years, and I’ve never had one crash on me. I bet your Windoze heap is crashing right now!
Me: Actually, I’ve found Win7 pretty good. And OSX has crashed on me frequently.
Mac fan: No. It hasn’t.
Me: Sorry? Are you overuling my ability to discern truth?
Mac fan: WHY HAVEN’T YOU BOUGHT A MAC YET?!
Me: Well, I feel they are somewhat overpriced; I don’t really like how they look, nor do I find them ergonomic; I don’t like the operating system, I feel it doesn’t provide as good a workflow as Windows; the warranties are overpriced and underfeatured, and in my experience, overutilitised; I’m happy with my current machine…
Mac fan, screams and eats my PC.

Obviously, this is an exaggeration. Although the exaggeration is mostly on my side. Many Mac fanboys are really that bad, but I’m rarely as gentle and understated. In fact, I generally take the time to point out every single failing of Macs, in my opinion, and an explanation of how each point is adequately countered by Windows/Linux. I have become so insistent on the matter, I have turned into a mirror of the exact thing I despise – an anti-Mac fanboy.

Clearly, this is not a positive thing for my life. I don’t want to enter into arguments with people who, besides their weird quasi-religious dedication to an particular technology company, probably have a lot in common with me.

I don’t want to be that person, so I am going to use the mightiest weapon in my arsenal: grace. From this day forwards, unless specifically asked on my opinion, I am going to attempt not to voice my feelings on the matter.

If I break this promise, I promise to buy this machine (probably).

See you around, whatever hardware you use!
Chris

PS. Yes, I took the survey below. I was, I’ll admit, slightly disappointed not to score zero. 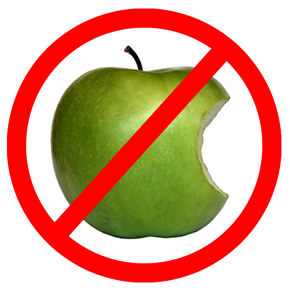 8 thoughts on “But there, for the grace of Steve Jobs, go I”