The following brief post is about web browsers. If that’s not your thing, maybe go look at this beautiful photograph instead of reading on.

Just geeks left? Cool. I reluctantly jumped the Firefox train a year or so back, because Google Chrome has a faster javascript engine. That’s all really, but it is a lot faster at almost everything, and that makes a difference if you use the internet for stuff other than waiting for pages to load.

Time moves on, and Mozilla react to this by getting “super-duper fast” (their words not mine). So I decided to give it another go and get downloading. I installed beta 6, quite excited about getting back to grips with my previous favourite browser. And then I stopped. Didn’t even get as far as whipping out some JS heavy sites or anything. I had to stop, because the text anti-aliasing in the address bar is just… bad. 1999 bad. So bad that it hurts to look at tab titles. Or website addresses. #Fail bad. 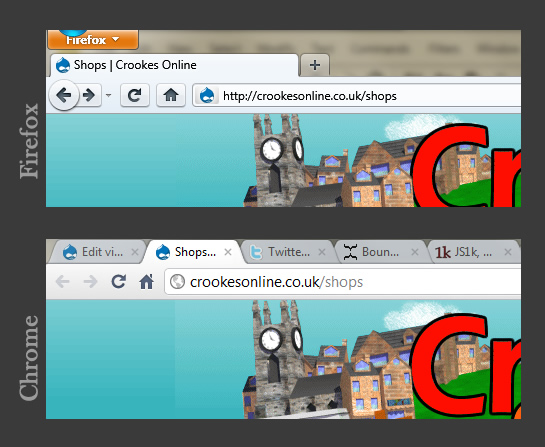 Is anyone else getting this? Because I’m not even going to try the browser until they sort this out: Google 2, Mozilla 0 – sorry guys!

Note: A helpful commentor has pointed out that this aliasing bug is actually down to a glitch in the 2D hardware acceleration built into DirectX 10. So that means we need to revise the score. It’s now at Google 1, Mozilla 0, Microsoft -1. Much better! 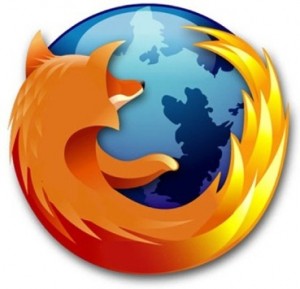 8 thoughts on “Firefox 4; an aborted review”